If the year 2011 feels a long time ago to you, it was. That’s the year Will and Kate got married, the year Amy Winehouse sang her last note and the year the world got its eighth and final installment of the Harry Potter film franchise. (Why, yes, I do measure the years in British pop culture. Don’t judge.)

For me, personally, 2011 was also memorable for another reason, though I didn’t yet know it at the time: It was the last summer before I started doing annual marathons. I spent that summer footloose and fancy-free — staying out late, saying yes to every happy hour, choosing vacation destinations without wondering whether I’d be able to find 16-miles of passable terrain for a Saturday morning long run, literally dancing to Kenny Loggins’ Footloose. It was my final summer of absolute freedom. (Well, as absolutely free as a mid-level employee working 45 hours a week with a NYC rent to pay can feel. But I digress.)

Then summer 2012 arrived and I caught the marathoning bug. I was suddenly arranging summer social activities around my speed work and rest days, sounding a collective chorus of “who IS this girl?” from friends and coworkers alike. Summers 2013, 2014 and 2015 looked eerily similar — early to bed, early to rise — and I’d all but forgotten there was any other way to pass the months between July and October except laced into trainers.

So imagine my confusion when this summer hit and I found myself without a race to train for for the first time since the 2011 English riots. I’ll be perfectly honest, folks: I have no idea what to do with myself.

Case in point: last Friday night, I stayed in, made a healthy dinner, hydrated well and went to bed early — for absolutely no reason except that it felt normal heading into a summer weekend when I’d normally be up with the sun on Saturday to run. To be fair, my fiancé and I DID have to leave early the next morning for a visit upstate, but still, old habits die hard.

Now don’t get me wrong: I am finding some pleasure in all this newfound free time I’ve discovered. I’ve been taking some weekend fitness classes. I’ve been getting out of the city. I’ve been swimming laps in my new building’s pool, despite it being the length of a glorified bathtub. 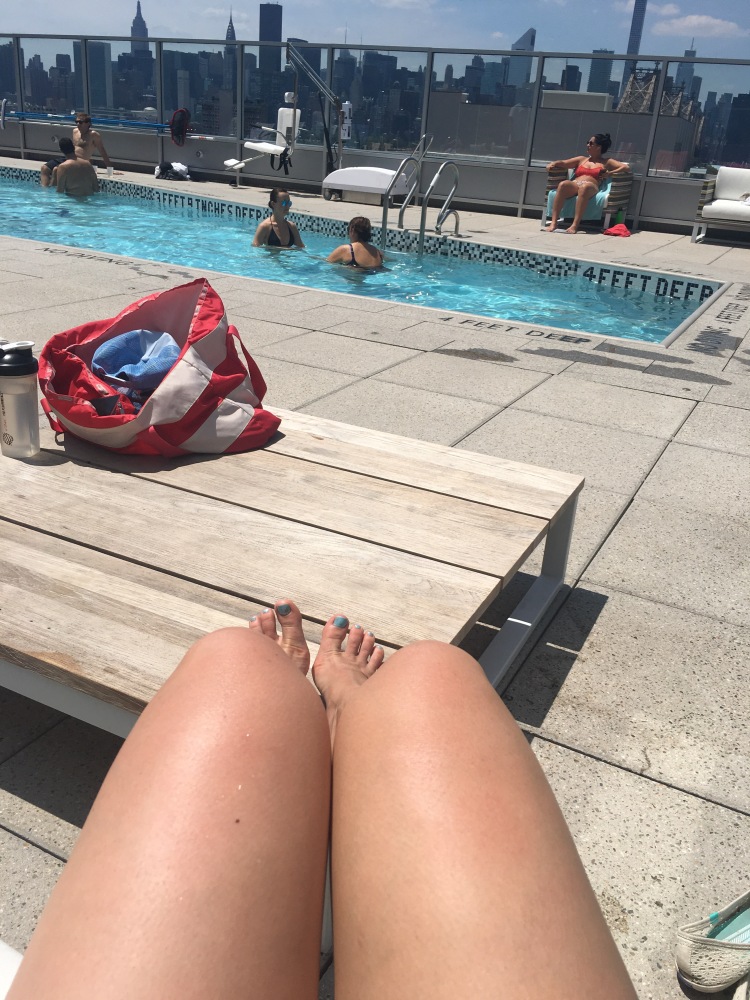 But at the same time, I can’t help but feel I’m wasting all of these extended hours of sunshine. Sure, training for marathons can be a terrible life-suck, but it can also be a great motivator to get you outside and active on days when it’s tempting to stay inside in sweat pants and crank the AC. I mean, did I really need to rewatch Good Will Hunting on Netflix on July 4? Anne of past summers would have been cruising along the East River, rather than watching Morgan sing for his double burger. Who have I become?

Now don’t worry: I’ve already sworn to everyone I know that I won’t be doing another 26.2-mile race this year — I figure wedding planning is pretty much its own marathon — but it feels too strange to spend the whole season not working toward at least some kind of goal. So I’ve taken a page from the compromise handbook and signed up for something a little more reasonable — a 10-miler — that I can work toward this summer. I’ve never done the Bronx 10-miler before, but if training for it means I’ll force myself out the door a few extra days this summer, then I think that’s a summertime goal worth sweating for.

Still, training doesn’t start for two more weeks, so I get to enjoy a few more weekends of lethargy before getting back into the swing of things. If you need me between now and then, I’ll be at the pool.

How are you staying fit this summer?