The official race results are in, and while I’m pleased as heck to have knocked a full six minutes off my half marathon PR on what was undeniably the hilliest course of my life, the results show me something else that makes me even prouder: I negative split the course.

For all you non-runners out there, negative splitting — the less delicious cousin of banana splitting — is racing the second half of a course faster than the first.

“Anyone can and should run negative splits. Unfortunately, most runners don’t. Instead, they start in a near sprint, hang on through the middle and resort to a survivor’s shuffle at the end. In contrast, those who opt for negative splits patiently run a bit slower for the first third of a run, pick up the pace in the middle and finish with strength and speed.”

Trust me when I say I know this so-called “survivor’s shuffle well.”

That is, I did until Sunday’s race. Don’t get me wrong: I wanted to go out sprinting, and even went so far as to begin my characteristic surge-weave tactics during the first half mile in proper novice style. But fortunately, I was not running this particular race alone, and my much smarter veteran running friend urged me to save my energy for when I’d really need it (i.e. climbing the incline of the Golden Gate Bridge, twice.) Eat your heart out Oakland: she’s beautiful AND wise.

But negative splitting wasn’t the only thing I learned during my four-day stint in the Bay Area. Here’s a brief selection of some other life lessons I internalized while on West Coast time:

1. All beer is made from four main ingredients. And all visitors to the Pyramid Brewery in Berkeley have to wear hairnets under their hardhats. Hot.

2. The Full House house is not, in fact, one of the official Painted Ladies. Also, Jesse and the Rippers are apparently not still on tour in the Bay Area. 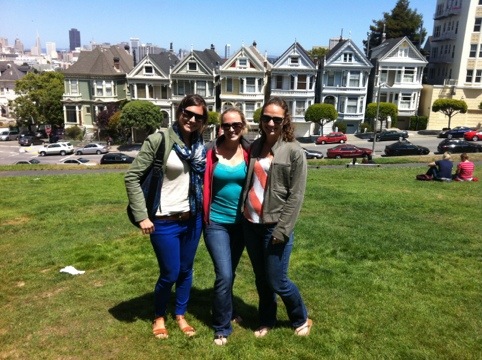 3. Shirtless men in ram heads make any pre-race expo a memorable one. 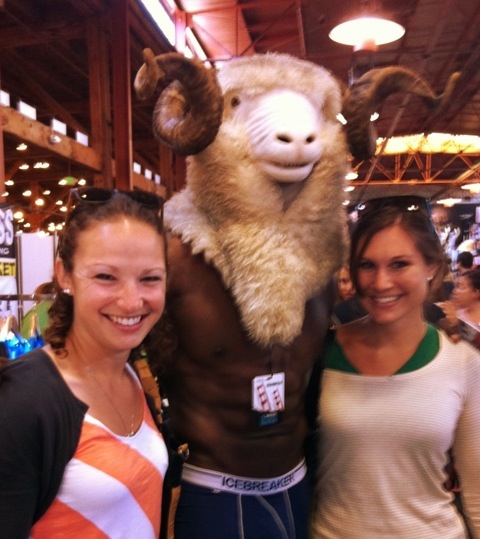 4. Camden Yards is still the very best ballpark, but the views from AT&T aren’t too shabby. The black and orange uniforms don’t hurt for this O’s fan, either.

5. Going out for ice cream immediately after breakfast is totally acceptable when you’re still on East Coast time.

6. Brooklyn is to Manhattan 10 years ago as Oakland is to SanFran now. My investment advice: buy property in Oakland today and watch the neighborhood transform into Park Slope before your eyes. Don’t believe me? Believe this Brooklyn-esk cocktail bar — complete with indoor bocce — on Telegraph. Hello, Union Hall.

7. I tell the world’s funniest jokes, judging by this photo.

8. I need to make it back to the Bay Area stat.

What did you learn this weekend? “Redeye flights are the worst” totally counts, she wrote at 6 a.m. fresh off the plane

3 thoughts on “Negativity for the Win”