The month was October. The year was 2012. It was 7 a.m., we were on a Metro North out of the city and I was voluntarily dressed as a cat. Pretty typical Saturday morning if you ask me.

My friend Ethan and I were making our way to Sleepy Hollow, New York, for a Halloween 10K and – like runners tend to do far too often for non-runners’ liking and far too infrequently for our own – we were talking about our sport.

I don’t purport to be a great athlete by any means, and most of my advice – like that Junior Mints are a totally appropriate pre-run breakfast food – should probably be taken with a grain of salt. But with Ethan still in his first few months as a runner (albeit a speedy one) and me just one week out from my inaugural marathon, his questions were a’flowing.

What’s your strategy for this morning’s race? What do I need to know about running in the winter? Does this pumpkin make me look fat? 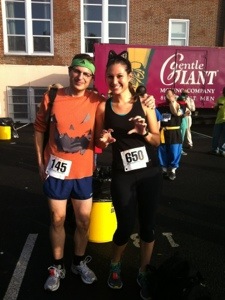 The answers to question No. 1 and No. 3 were: ‘Start out alongside you but quickly fall behind because you can run a 6:06 mile, you jerk‘ and ‘Ahh! A talking pumpkin!’ respectively, but when it came to the winter running question, I unknowingly bought myself some time.

It’s 55 degrees out, I said. I’ll teach you the basics of winter running once it actually feels like winter.

Little did I know that day was still a full fiscal quarter away. November and December came and went without so much as a flurry gracing the streets of Manhattan (or Queens), and up until this past Monday, I ran most of my ‘winter’ miles in tshirts as the temperature hovered around this runner’s dream climate of 35 to 45 degrees. The polar bear enthusiast in me has a real problem with global warming, but the outdoor athlete in me thinks Al Gore never ran a mile in a half foot of snow.

But all that came to an end this past week when I woke up, threw on some spandex shorts and proceeded to be hit in the face with this: 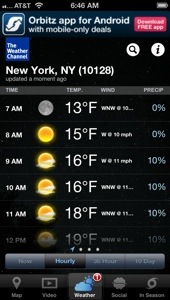 So, Ethan, I may be three months late on this one – hope you haven’t frozen to death and/or been forced to grow a full beard in the interim – but here is my once-solicited advice for running when the mercury drops.

Don’t overdress your core. When the thermometer grazes sub-freezing digits, it’s tempting to layer up like a parfait. Layering is smart, yes, but don too much weight and you’ll seriously regret it two miles in. The rule of thumb is to look at the temperature and dress like it’s 20 degrees warmer. Thirty degrees sounds frigid when you’re checking weather.gov from the comfort of your bed, and those agonizing five minutes spent waiting for your Garmin to get a satellite signal can be excruciating when you’re in just a long-sleeved tech shirt, but you’ll be thankful you dressed for 50 when you start heating up. Everyone’s tolerances for cold are different, but ignoring the possibility of windchill, I generally go by this:

Don’t underdress your extremities. Run in too light a jacket and you’ll be chilly the first few miles of your loop. Forget your gloves and you’ll want to kill a man. Invest in a good pair of wicking running gloves and a fleece hat and you won’t be tempted to pull a Ray Lewis on your morning warmup. (P.S. Go Ravens!) 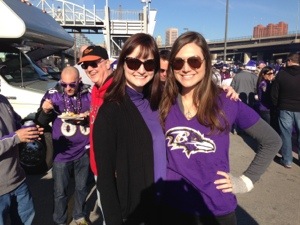 Think through hydration. It’s easy to remember to drink when the August sun is scorching down your back, but good hydration habits often go by the wayside as the days get shorter. They shouldn’t. Central Park doesn’t make it easy, turning off all the drinking fountains until it thaws, but you can still stick your head under a public bathroom faucet (hello, hepatitis) or even better, bring your own. Or sign up for some winter races and let the volunteers hand you your fluids personally and hepatitis-free.

Choose your route carefully. In the summer months, I’d roll out of bed with 12 miles on the schedule and just see where the morning took me (spoiler alert: usually to H&H Midtown for a whole wheat everything with lox). In the winter, you have to be a bit smarter with your running route. Is the bridle path going to be well-lit enough at 6 a.m., or should I run on the less-muggable reservoir loop instead? Will a dirt path give me better traction on an icy day, or should I stick to the salted sidewalks? Is visibility so precarious that I should simply hit up the gym instead?

Speaking of visibility, did I tell you my niece got a haircut this week?

But back to my point. Runners tend to feel like failures if we’re not running ‘enough’ miles for our liking, but twist your ankle on a slippery morning and you’ll be off your feet faster than you can say ‘the treadmill would have been an OK option, too.’

When all else fails, get out of New York. Can’t handle the cold? Maybe plan a weekend in Austin with your Californian partner in crime or head to Mexico for an obscure industry conference or book two weeks in, say, India to tide you over until temperatures start climbing again in the continental U.S. At least, that’s what I’m doing. Because, let’s be honest, this scene that greeted me as I deplaned in Austin ten minutes ago doesn’t look so bad: 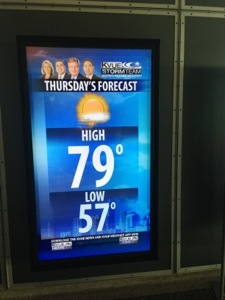 I realize Googling ‘running in the cold’ would have probably given you better information, but also probably fewer dog photos, so, Ethan, I’d say you’ve chosen wisely.

Hey runners: What winter tips would you add? And hey barbers: What do you think of her haircut? Runner barbers: you may answer both. 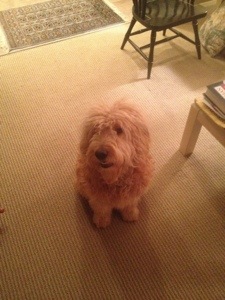 3 thoughts on “The Weather Outside is Frightful”