I’ve been in a committed relationship since January 2011, and I hate to admit it here for the whole world to read, but the novelty has started to wear off.

When we first started seeing each other, it was new and exciting and gave me a real purpose for waking up each day. Together, I felt more fulfilled than I had alone, and because of my newfound love, I met new friends and traveled to new places and achieved new milestones I’d previously never even imagined. It brought out a new side in me – an active, determined, sweaty side – and I had originally thought we’d be together forever.

But as my close personal friend Bryan Adams once crooned: ‘I guess nothin’ can last forever, forever, no.’

Yes, I’m talking about my relationship with running. And yes, there’s been some trouble in paradise. And yes, my recent guest blogger Meredith is, in fact, seeing the same guy. What can I say? That dude gets around.

I realize running isn’t really a relationship, but let’s be honest here: it’s pretty darn close. It’s always on my mind, it can be a roller coaster of emotions and – as I’ve recently come to realize – without a concerted effort to keep things fresh, it can unfortunately begin to lose its spark. It also lets me justify eating an entire platter of pancakes for dinner several nights a week. But I digress.

If you’ve asked me in the past two weeks how my running’s going, I probably made up some nonsense about losing stamina in India but about how I was planning to get back on the bandwagon as soon as that last pint of Kingfisher works its way out of my system.

The truth is, I have not been able to get honest-to-god excited about running since October 28, when I crossed the finish line of the Marine Corps Marathon, was handed a banana, a medal and a Gatorade, and was corralled into a cage, or so this photo taken by my father would lead you to believe.

Sure, I’ve logged some miles and even a new 15K PR in the four months since, but I also skipped my first registered road race ever and hit the morning snooze button more times than I’d like to admit. After two years of excitement, running and I got comfortable, then predictable, then downright stale, and now we find ourselves in our very first rough patch.

But I’m not prepared to just sit idly by and watch this once-fulfilling partnership fizzle. No, sir. I’m going to take a page from every romantic comedy I’ve ever seen and try to rekindle the flame before it’s too late. If Meryl Streep can do it – and look flawless trying – so can I.

I started my efforts last Saturday. Traditionally, my long runs take me around a few solo loops of Central Park, but with that view getting a little too familiar, I opted instead to run down the East River, over the Queensboro Bridge and through a total of three boroughs before breakfast. I continued to shake it up this past Friday, doing a brief interval workout at my high school track during a stopover in Baltimore, and again on Saturday, when I ran nine scheduled miles with a brand new running partner (in a shirt I apparently wear entirely too much.) 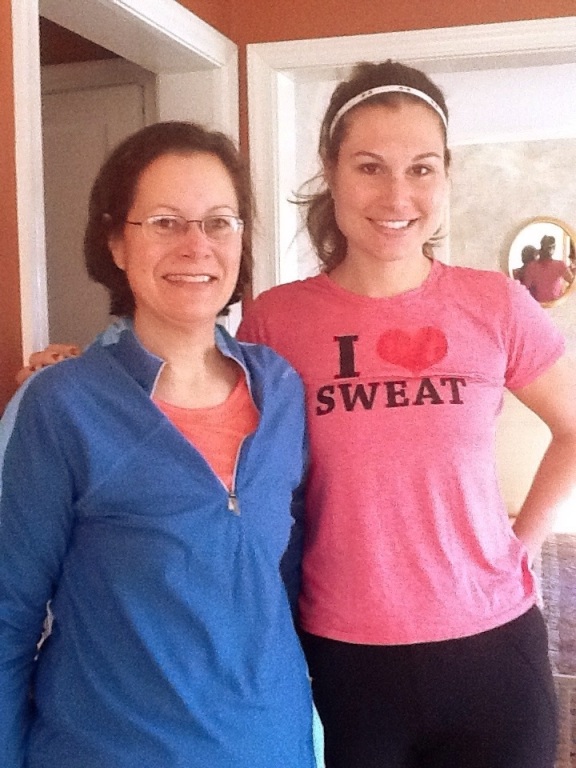 And as my mother and I threw back some Gu Chomps around mile 7, I realized I was experiencing something I hadn’t felt in entirely too long a time: I was out on a run and I was actually having fun. Partially because we were doing something new and exciting and challenging together. But mostly because we were laughing at my silly brother and his unorthodox choice of weights. 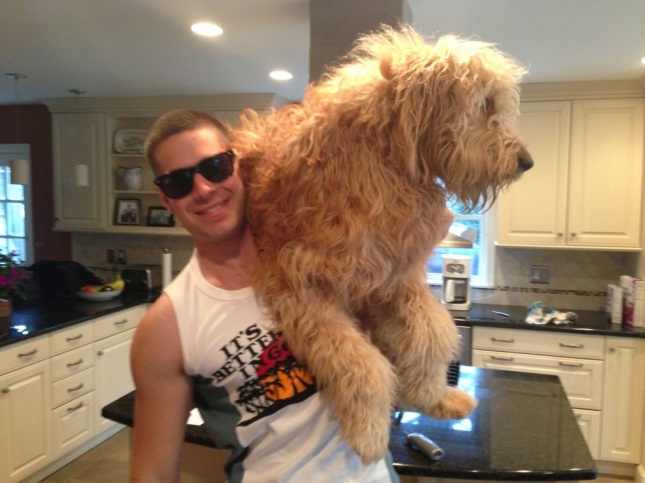 I know a few good runs are not enough to get me out of my rut, but it’s got to start somewhere, and couple’s therapy isn’t really an option. So here’s hoping we can pull out of this thing and grow stronger because of it. And here’s hoping you’ll all be there to toast our golden anniversary in 2061. And here’s hoping I’ll cross the finish line in New York this November with an even bigger smile on my face than after my last marathon. You know: something of this caliber:

How do you keep the passion alive in your relationship with running? Wait, you’re dating him, too?!

One thought on “The Honeymoon’s Over”