It may only be June 15, but take a look at my photo stream and it’s clear I’ve already squeezed in an entire season’s worth of activities before the summer solstice. 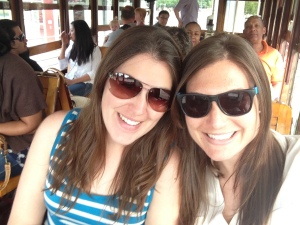 I rode an old-timey trolley with my old-timey sister (jokes!) during a whirlwind Dallas birthday weekend. 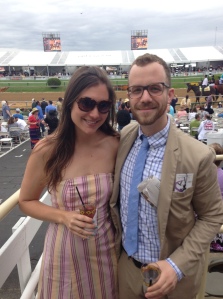 I bet entirely too little money on Oxbow at the Preakness Stakes during a whirlwind Baltimore gambling weekend.

I got intimate with the world’s best college mascot during a whirlwind Maine drinking weekend.

I came to appreciate the joy of a hot shower during a whirlwind New York festival weekend. 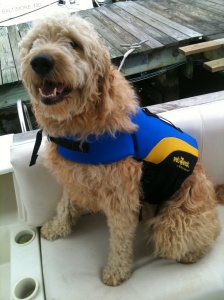 And that’s just a few select excursions. Ever since the mercury hit 60+ degrees, my weekends and weekdays alike have been jam-packed with summertime staples, from outdoor concerts and backyard BBQs to boat rides and baseball games, not to mention the steady stream of dinner parties and movie nights that span the entire calendar year regardless of climate.

If you were to follow my facebook feed, you’d think I’m having the best summer of my life. And to a large extent, I am. I’ve been constantly surrounded by good food, good music and good friends since Good Friday, and with a Broadway show, a rooftop party and a dim sum date in Flushing, Queens, still on the agenda before this weekend is up, it looks like I’m in store for yet another summer weekend for the record books.

Has it been fun? Absolutely. But throw in a few 55-hour work weeks, a six-day-a-week triathlon training plan and some silly desire to spend more than a few waking minutes per week with my main squeeze and I’m starting to feel a little like Liz Lemon on sandwich day:

But if I’m honest with myself, when it comes to having it all this summer, the truth is I can’t. It’s hard to turn down a social invitation anywhere, but in New York especially, with so many free and outdoor and artisanal-pop-tart-filled events slated throughout the summer, it feels like a crime to decline a single one. As a result, I find myself saying ‘Yes’ to every RSVP that comes my way from May to September, leaving my calendar filled to the brim — and my mental wellbeing on a gradual downward slope.

It’s time I admit it to myself: I can’t realistically keep going out with friends every evening, sleeping less-than-required by doctors every night and then waking up to swim/bike/run every morning and expect to continue to do everything well. By packing too much into each 24-hour period, I may be filling my iPhone camera roll with the best filter-free snapshots this side of the Mississippi (and on that side, if you count my summer-starting weekend in Dallas), but I fear I’m also starting to wear myself precariously thin. I may be making some killer summer memories, but my sleep schedule is out of synch, my cortisol levels are through the roof and my athletic performance is starting to waver, and that’s just not a sustainable model.

Take, for example, this past week’s JP Morgan Chase Corporate Challenge in Central Park. Having clocked a finishing time of 26:43 at a pace of 7:38 last year, I had hoped I’d manage a similar finish this year. One year later, one year fitter, right?

Wrong. After taking more than a month off racing in order to clear my social calendar for the aforementioned weekend getaways, sleepless nights and subsequent hangovers, I arrived at Wednesday evening’s starting line tired and relatively out of shape, and my performance showed it: after a speedy first mile, my chest grew tight, my stride wavered and my confidence plummeted, and I ended up tacking on a solid minute and 20 seconds from last year’s time. I know crossing the finish line at 28:02 is nothing to scoff at in the scheme of things, but the pain I felt mid-race and the soreness I felt the entire next day after racing just 3.5 miles was a real wake-up call that — if I’m going to be a (semi) serious athlete — I simply can’t have it all.

Don’t worry friends: I’m not advocating full-out hermitship. But if I’m going to train for another marathon this summer and survive to tell the tale, I’m going to need to better prioritize the hours in each 24-hour period between now and November 3. That means fewer weekday events and late nights, coupled with more hours of sleep and miles on my feet. It also means convincing more friends to socialize with me on a spin bike or around the Central Park loop, rather than over beers at happy hour. Everyone likes a yes-man, but as I get my body back into marathon shape, I think the occasional ‘No’ is the way to go. It’s going to be a change, sure, but I think it’s a worthwhile one.

How do you make social sacrifices for your training schedule?

3 Responses to No Means No