I usually limit my lists to trifectas, since most things – holy trinities, blind mice, Hanson brothers, etc. – are better in threes. But since everything is bigger in Texas, I’m going to break from tradition here and dabble into the double digits. So without further ado, I bring you:

10. Every single time you tell someone you’re from Manhattan, you’re magically transported into an early 90s salsa commercial.

9. The healthy dairy option at Starbucks is 2% milk. And it’s delicious.

8. The City of Denton advertises its local 5K on a giant, orange truck.

7. You can win third place (female) in the afore mentioned 5K by running not particularly fast. My Saturday morning race only had 400 participants, plus a mascot, meaning my non-spectacular-by-NYC-standards 7:44 pace was actually fast enough to earn me a medal. Thanks, Texas! Thanks also for the brisket you distributed at the end of the race at 8:30 a.m.

5. When you rent an inner-tube at a classy establishment dubbed “Hillbilly Haven,” they throw in a separate “beer inner-tube” for free. Good thing, too. My beer never learned to swim.

4. Old-fashioned tractor festivals that you decide to attend after seeing the event advertised on a giant, orange truck. 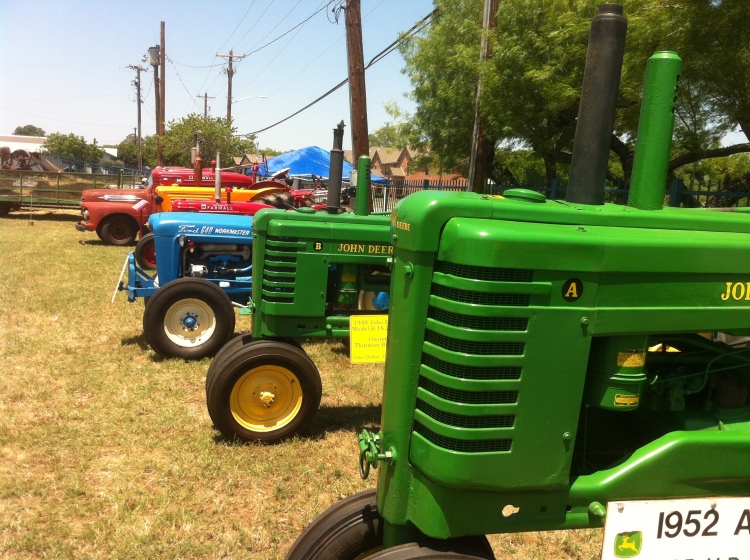 3. All of its movie theaters have waiters, tables and full menus.

2. And those menus include spicy, fried pickles. Come on, New York. Keep up.

I usually end my posts with a question, so here’s one for you. New York: why should I ever come home?

2 thoughts on “I Won’t Mess with Texas”