Whole30 is supposed to be good for a whole host of things — curbing your cravings, breaking your bloat, advancing your alliteration (apparently) — but it’s not particularly known for enhancing one’s athletic abilities.

That shouldn’t come as a surprise — runners primarily fuel their training with carbs, and Whole30 is at its core a low-carb diet. As such, most of my runs since starting this program have felt like a slog: heavy legs, no pick-up, and even some weakness and shaking around mile 2 that I can only imagine is my bloodstream begging for glucose. Considering I usually spend the better part of a marathon thinking exclusively about when I get to eat my next pack of gummies, it seems logical this sugar-free diet is not exactly ideal for the competitive circuit.

In fact, my few-and-far-between runs have been so unpleasant since starting this challenge that I was tempted to take the whole month off racing altogether. But then local running club NYCRuns made me a Godfather-like offer I couldn’t refuse — small race, $30 entry fee, gender-cut tech shirts, a flat course, flowers at the finish line — and I did what I’ve done so many times before: I put my better judgment beside me and signed up anyways.

The race — a Mother’s Day-themed 10K on Roosevelt Island — was undoubtedly going to be painful for me: I’ve been running less than 10 miles a week, I haven’t done any speed training, I’m off the carbs and, of course, I awoke Sunday morning to find it was pouring. Still, I made my way to the bus and then to the gondola and arrived at a misty starting line prepared for an embarrassing 10K performance of epic proportions.

The rain fortunately subsided right as I checked my bag, and when the horn sounded at the start of the race, I blasted off with more energy than I’d expected to feel. “It’s just last night’s banana and the carby sweet potatoes I ate for breakfast fueling me” I thought as I rounded the first mile marker. “As soon as I burn through those, I’ll be running on empty again.”

I made it to mile 3 at a surprisingly rapid 7:40 pace, faster than I’ve been in recent races by a landslide. And that’s where I saw it: a volunteer-manned table covered in cups of delicious, syrupy, carb-laden Gatorade. Should I grab a cup and reload my legs, which were surely about to use up the last ounces of stored carbohydrates? Or should I stick to water, power through and remain true to the 30-day challenge I set out to complete? 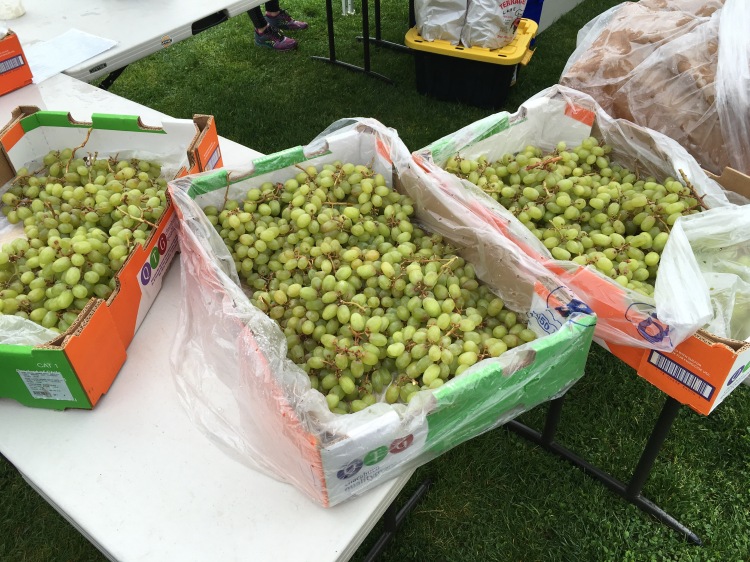 At most NYC races, I head for home immediately after crossing the finish line, since with the typical New York Road Runner’s event featuring thousands of people, the chance of placing is quite literally zero. But with just 236 people running this 10K — just 44 of whom were 30-39 year-old women — I thought I might have a chance. So I optimistically waited for the awards ceremony, and what do you know? 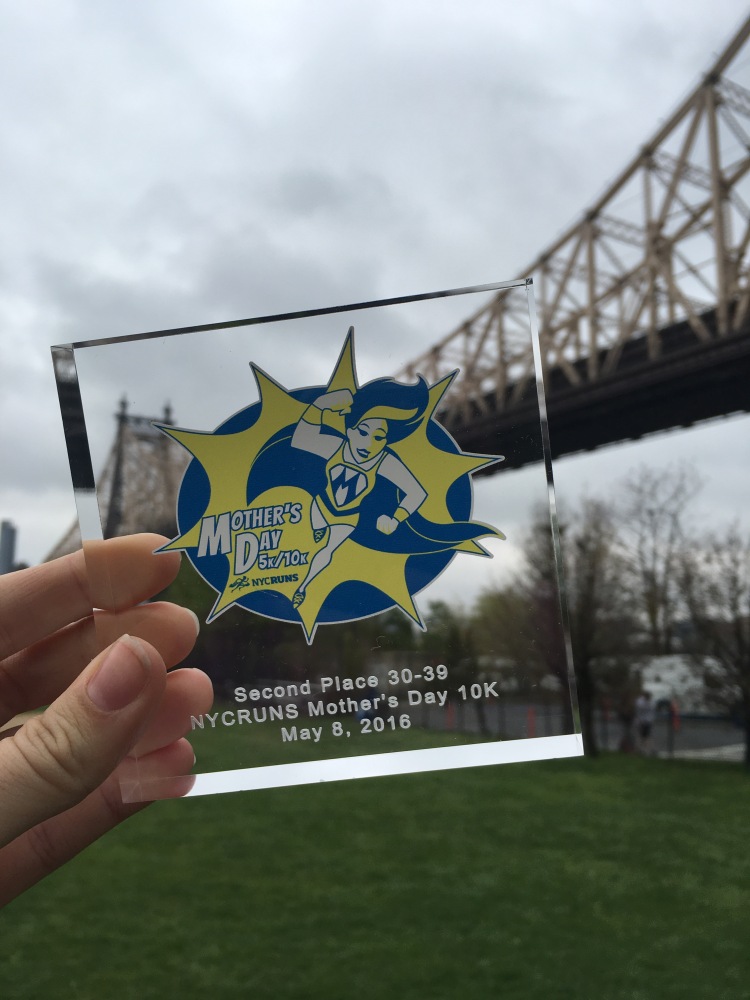 My 7:45 pace was just enough to eek me out an age group second place win! It wasn’t my fastest 10K ever — that honor goes to the June 2012 New York Mini at a 7:40 pace — but it was my second fastest, and that’s pretty impressive considering my lack of carbohydrates.

So impressive, in fact, that I started to do some reading after the race. What I found was that there’s an increasing amount of research suggesting a low-carb diet can teach your body to run on fat, a nutrient in which my curvy body is in no short supply! I’m not sure whether that process actually took place Sunday in a short 48-minute event — and I’m neither a doctor nor play one on TV — but it’s certainly some food for thought.

Phoning a friend: How have you performed when on a low-carb diet?